Clydebank defender Andy Paterson celebrated his first hat-trick for the club on Friday night – as he scooped three awards at the club’s annual awards evening. 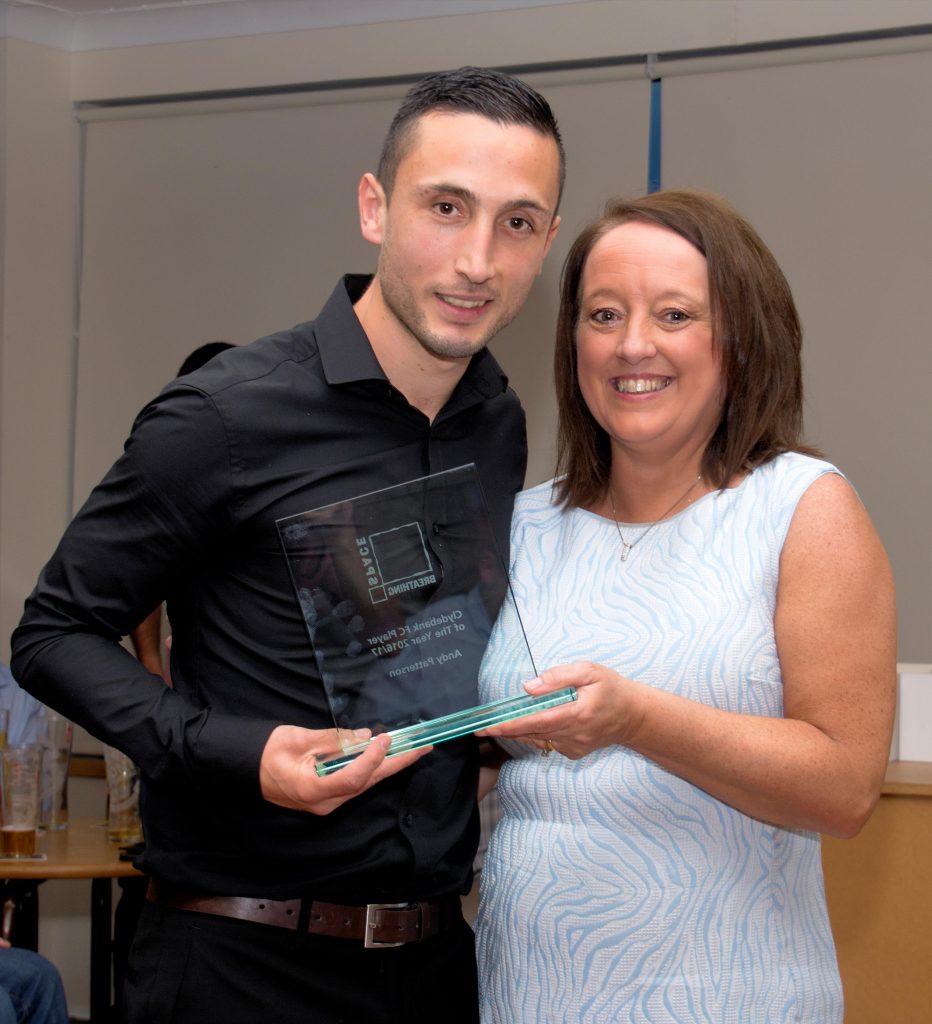 Jamie Darroch was the recipient of the Bobby Wood award, which goes to the best newcomer or U23 in the squad. 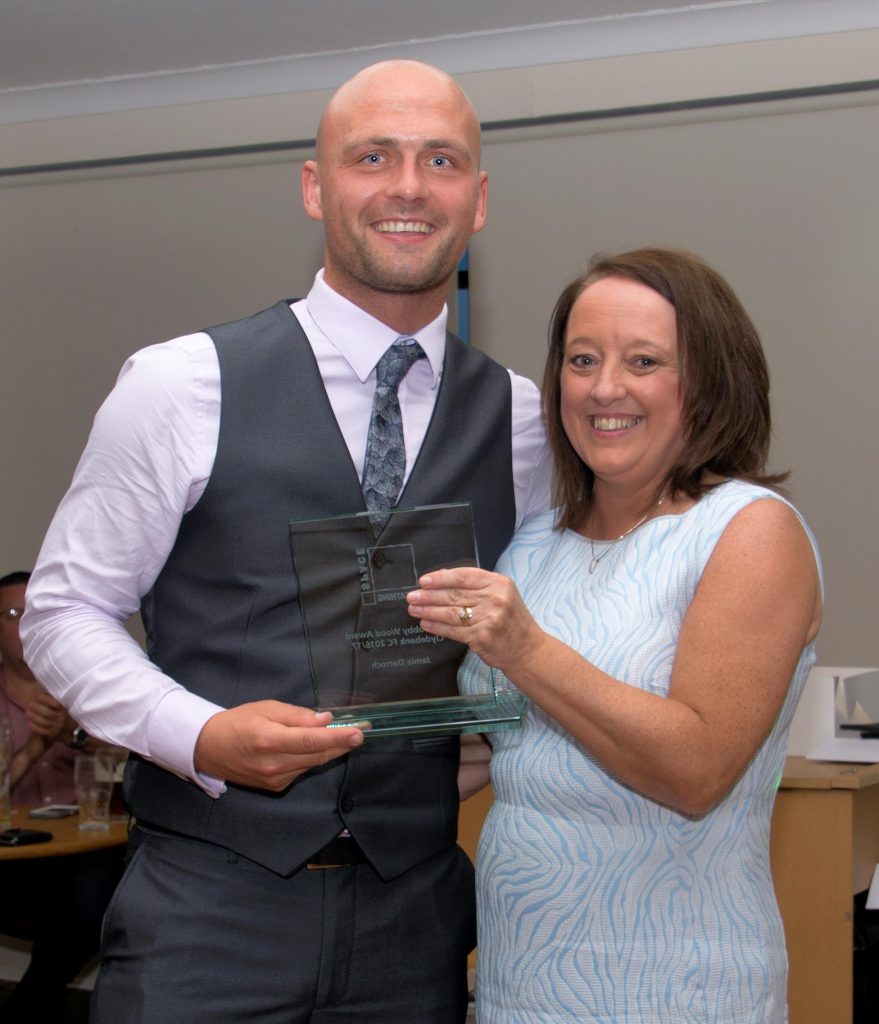 And club captain Alan Vezza picked up arguably the most prestigious award, the Players’ Player of the Year award. 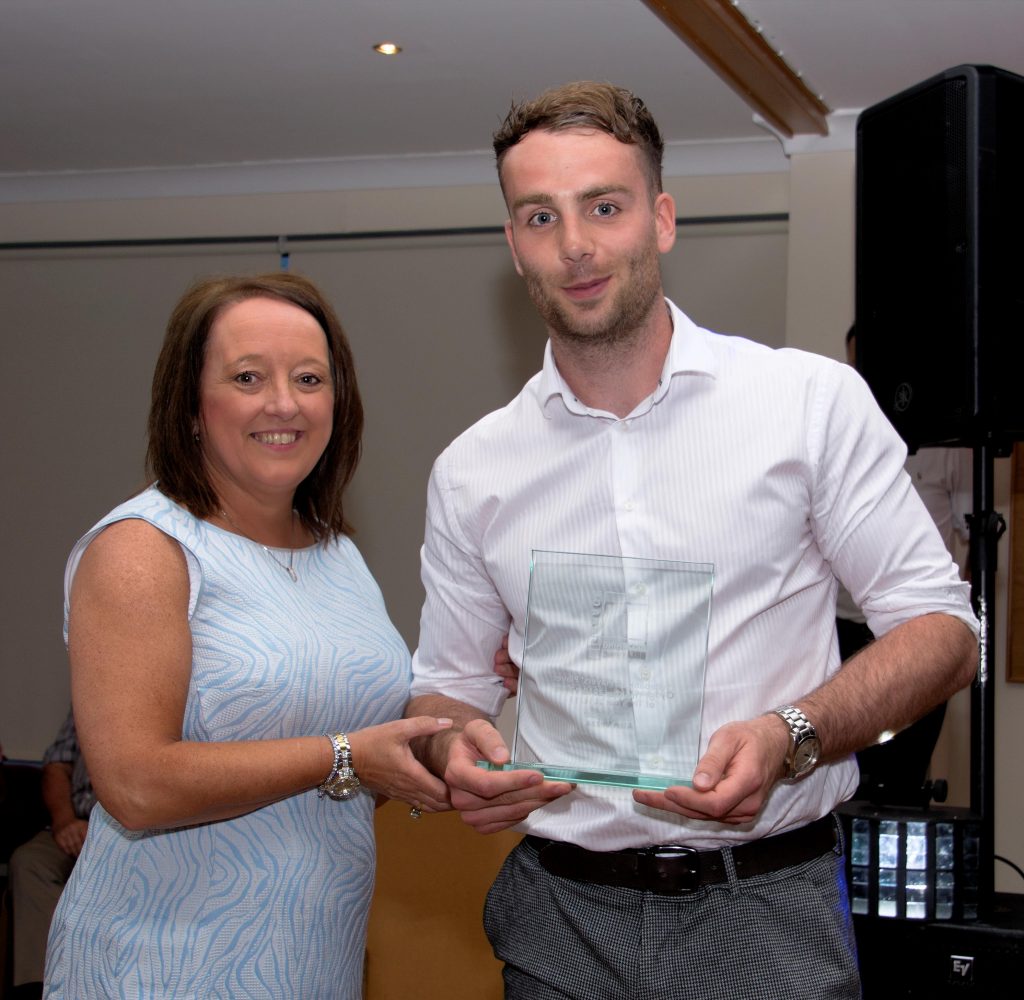 Celebrating alongside the first team were our Scottish Cup winning U19s, whose awards were presented by first team boss Kieran McAnespie.

Receiving the club award was Rory McInnes, who has endured a tough few years having fractured a vertebrae in his lower back. 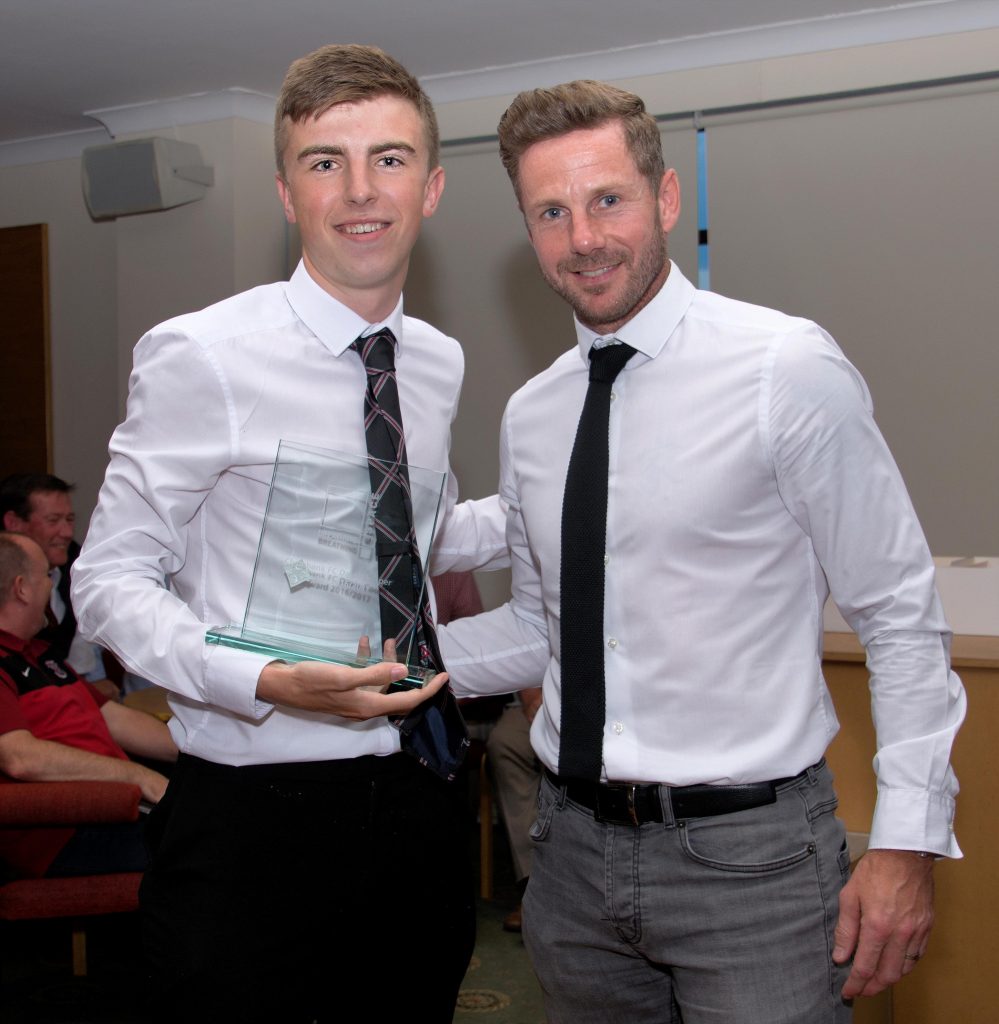 Manager’s player of the year was awarded to Dan Crawley – son of former first team assistant Gerry – who won the Scottish Cup for the third time. 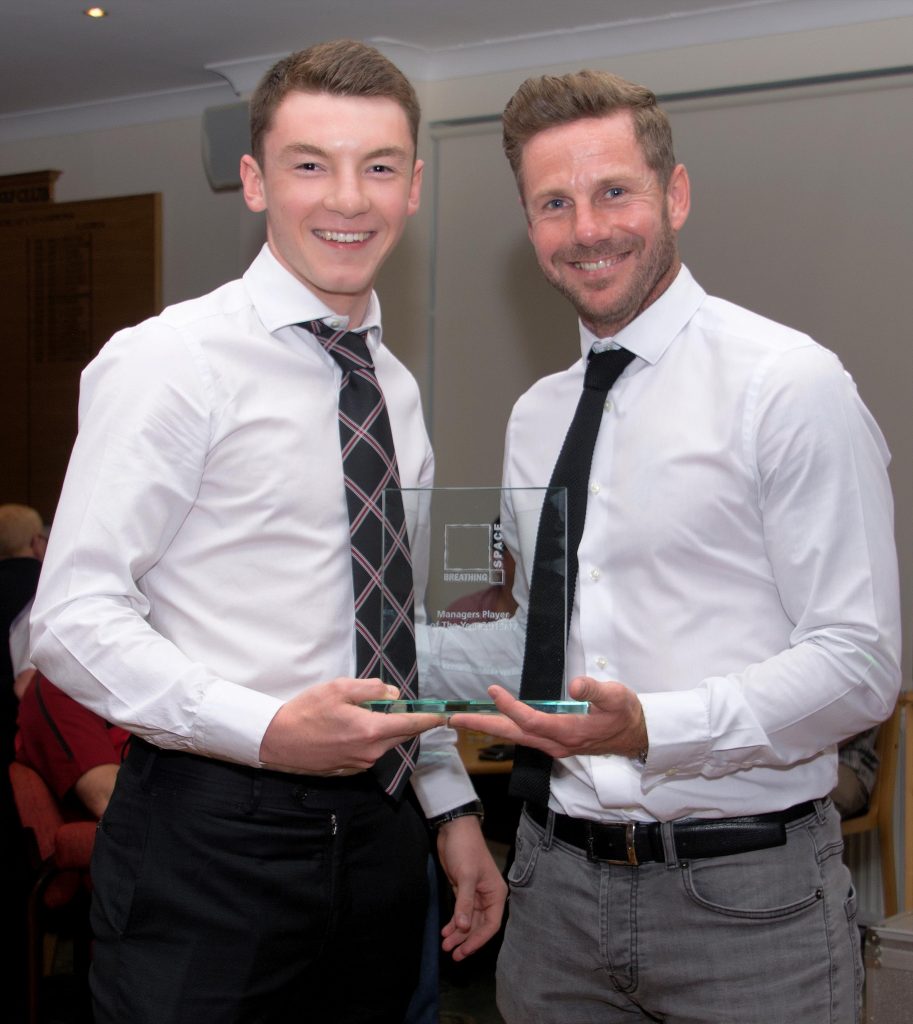 Meanwhile Matthew McLean picked up the U19s Players’ Player of the Year award. 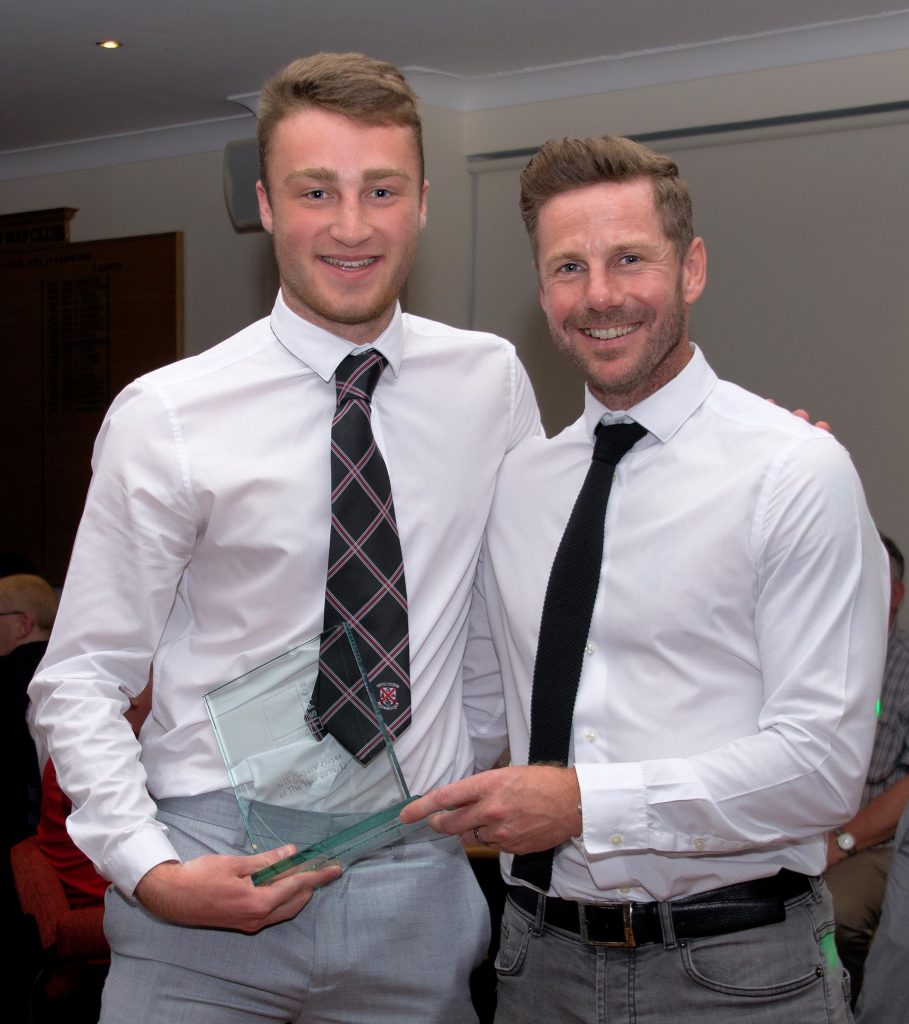 Our thanks go to Breathing Space for their sponsorship of all the awards, as well as Fiona McInnes and all at Clydebank Co-op for their continued support.