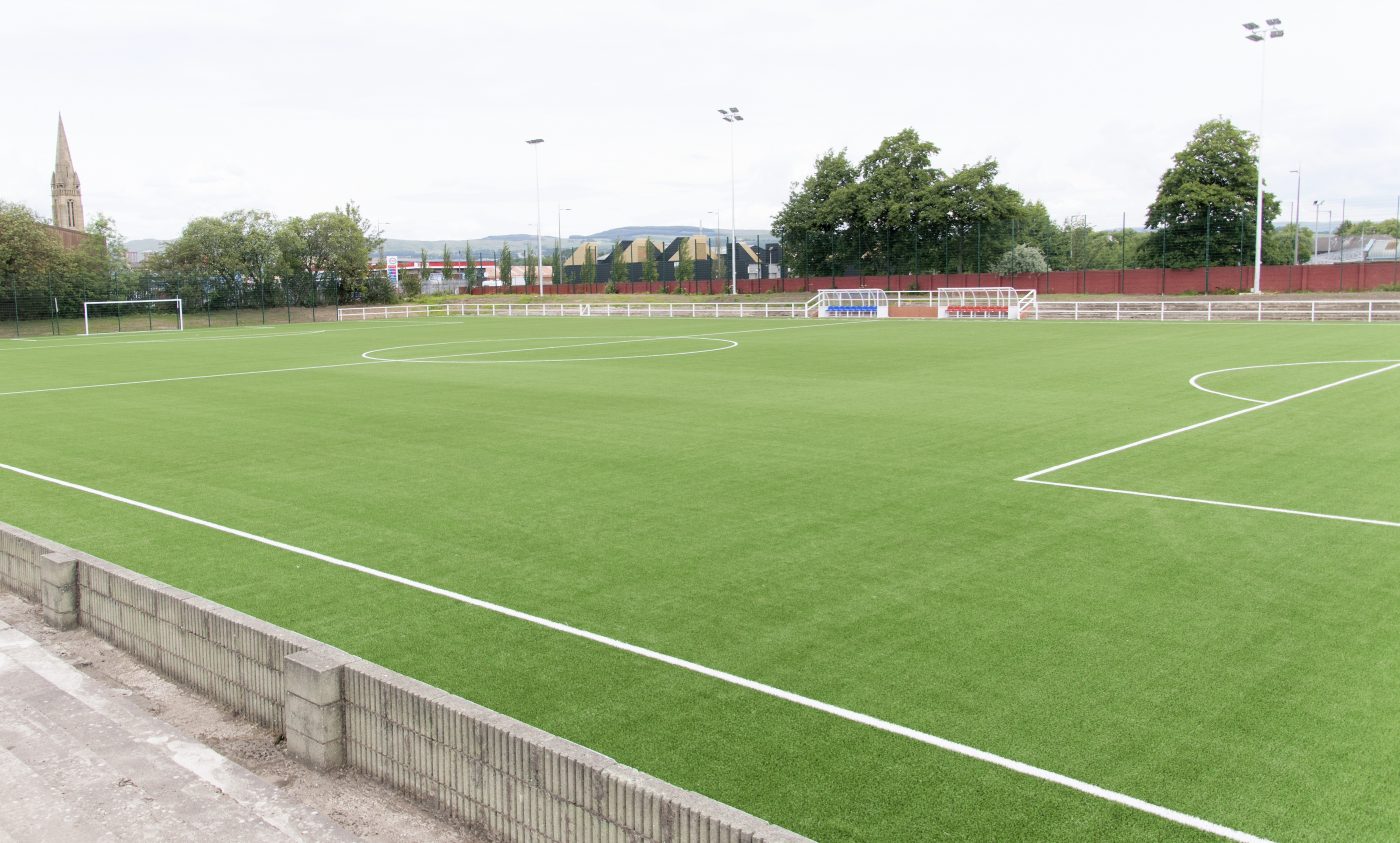 The club originally agreed a four year deal to groundshare at Holm Park back in 2008, after the five year agreement with Drumchapel Amateurs to play at Glenhead Park came to an end.

Bankies played away to Lochburn Park for the 2018-19 season, while the redevelopment of Holm Park was completed.

A new, 4G pitch was installed with floodlights as Clydebank secured a permanent home in the town for the first time since 1996.

The ground currently has a covered enclosure and there are plans to increase the capacity by recovering disused terraces. To signify when there are Clydebank matches on at the ground the flag of Clydebank FC will be raised on the flagpole.

Road: Supporters travelling from Glasgow by car should exit the city in a north-westerly direction on the Clydeside Expressway past the SECC. Follow signs for the A814 (Clydebank) for approx 6 miles. As you cross the boundary from Glasgow into Clydebank, the ground is situated around 100 yards past the Shell Service station on the left hand side.

Parking Spaces: There is limited parking in the car park just outside the ground, however there are a few side streets where you can park safely.

Rail: A number of services run from Central Station and Queen Street Station in Glasgow. For train times we recommend you check with the Scotrail timetable. Passengers should alight at Yoker Station. The ground is only a couple of minutes walk from the station.

Buses: Several Bus services run from Glasgow City Centre to Clydebank. There is a bus stop directly outside Holm Park, which is serviced by the number 11 bus. The most frequent service from Glasgow is the number 62 with buses every 5-10 minutes. You should alight this bus just past the Shell service station at the high flats. The ground is no more that 100 metres along Dumbarton/Glasgow road. The TravelineScotland.com website has more information on bus timetables.

Season Tickets can be purchased online from the Club Shop.

In the clubhouse and up the staircase is the social club. Facilities include a bar and large screen TV with Sky for Live TV matches.

Reminiscent of the old Bankies Club in the way it is located behind the goals offering a view of the park from the clubhouse windows.

Opened on all home match days, Bankies fans are encouraged to use these facilities as half the proceeds will go directly to the club.