After 5 years of reckless ownership by Dr John Hall at the turn of the millennium we had expected our club to be sold to another businessman, David McGhie, in spring 2002. But after dragging disputes and delays the purchase fell through. Clydebank fans were faced with a short time to acquire funds to save the club and avert the threat of closure in the summer of that year. 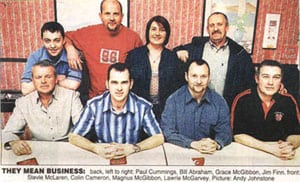 Our United Clydebank Supporters (UCS) committee looked at the available options and we were represented at the launch of Supporters Direct (Scotland) in April 2002. We hoped to hear about Supporters Direct, the Scottish Executive funded initiative to provide for greater representation, fairness and ownership of football clubs by their supporters. Supporters Direct proposed that these ideals can be achieved by supporters pooling their support and money together in the form of Supporters Trusts. This looked like the route for us and was explored at our supporters meeting on May 16th 2002. Fans voted to take it further and our committee tried to gauge the level of financial support a trust might bring us.

In the interim period, UCS put forward proposals to secure the immediate future of Clydebank FC and a management contract was agreed in principle to enable the supporters to run the club and purchase it 12 months on.

With a coach, a squad of players in training, and new strips designed we were preparing for the new season when our fortunes took a horrid twist…

Airdrieonians went out of business, Gretna FC entered the Scottish Football League – leaving a ‘new club’ branded Airdrie United still searching for another way into the SFL. They launched a bid to buy Clydebank FC in order to usurp the club’s league membership and take our place in Scottish Football League Division Two. United Clydebank Supporters with the assistance of Mick Oliver (then General Manager) managed to get a bid on the table at short notice. However, on July 9th we heard the Airdrie United bid had succeeded and, in turn, they took our place in the league. The Scottish Football League Secretary, Peter Donald commented: “The name Clydebank will not continue in Scottish football and that is a matter of great regret as Clydebank had a great role to play for many years.”

On July 11th 2002, the Clydebank shares were transferred over to Airdrie United. That evening a meeting of United Clydebank Supporters pledged to relaunch Clydebank FC in some shape or form in Scottish football. And so the purpose of a developing a Clydebank Supporters’ Trust was revived.

In the Autumn months the Bankies Trust advanced under the stewardship of Bill Abraham and supporters were keen to be signed up to a Clydebank Supporters Trust. Bill went with Colin Cameron in January 2003 to the inaugural Supporters Direct Scottish Conference in Edinburgh where Bill gave a presentation on the implications of the demise of Clydebank from senior football. Fans Reps from the other teams in attendance expressed overwhelming support for what Clydebank fans are trying to achieve. 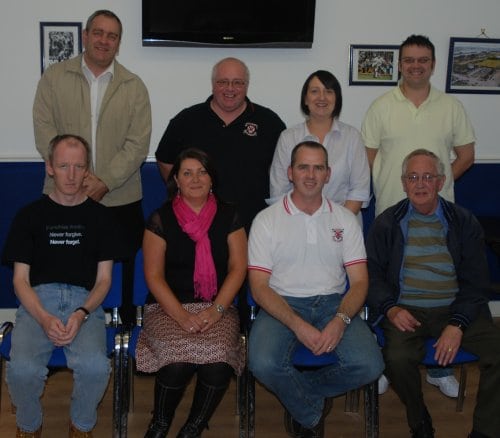 Some clubs in Scotland have created Trusts to earn supporters representation on the board or to contribute financially to their clubs. We have created something unique to Scottish football – a Trust which places majority ownership of Clydebank Football Club in the hands of many supporters from the outset.

In 2003 our supporters helped renovate the local amateur football ground Glenhead Park in readiness for the relaunch of Clydebank FC. The Trust held elections to its own board and in turn held elections to the Board of the new Clydebank Football Club. The club won membership of the Scottish Junior Football Association and began playing in West Region. So far the club has won a league Championship(03/04), were runners-up in the Sectional League Cup (2006) and runners up in the Scottish Junior Cup (2009). There have been successive elections to the Board of the UCS Trust and each term sees our representative’s deal with new challenges.

If you wish to advance the interests of Clydebank FC then please consider joining the UCS Football Trust. If you can help with fundraising or volunteer your time or skill to the cause then please enquire within the club shop on matchdays. With your help we can make a tremendous success.

NEXT MATCH
LAST MATCH
NEXT MATCH