We can confirm young trio Ross Alexander, Matt McLean and Jack McClair have all put pen to paper and extended their stay with the Bankies.

Ross made 30 appearances in total last season – scoring four goals in the process, while Matt spent some time on loan at Arthurlie before returning in the latter stages of the season. 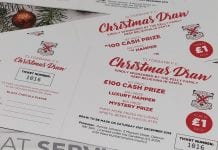