Kieran joined the club in January 2017, and will depart the club after Saturday’s game at home to Largs Thistle due to work and family commitments.

During his first season with the Bankies, the club won promotion back to the West Region Premiership, before going on to lift silverware with the Sectional League Cup win.

We’d like to put on record our thanks to Kieran for all his efforts, and wish him and his family all the very best for the future. 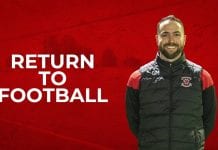 Moff on the return to football 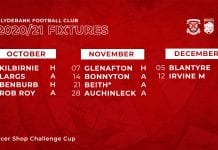 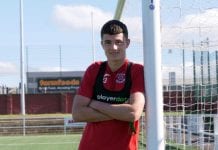