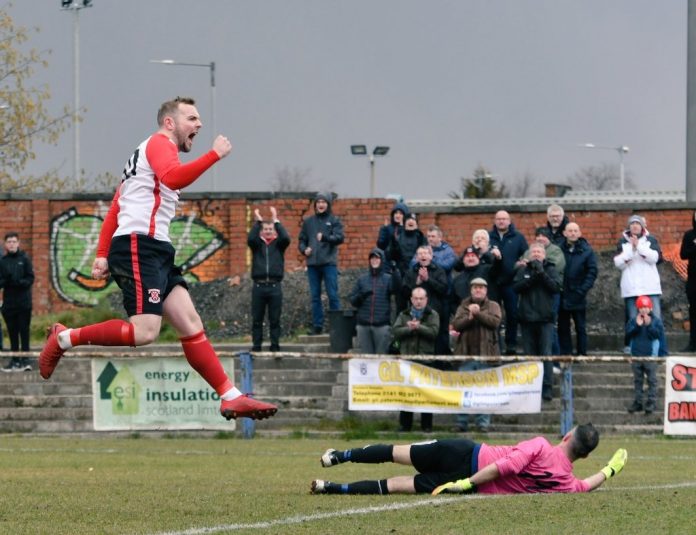 Clydebank progressed to the next round of the West of Scotland Cup with a 5-0 win over Gartcairn on Saturday.

Boss Kieran McAnespie made three changes to the side that beat Auchinleck, with Scott Morrison replacing the outgoing Josh Lumsden between the sticks, while McAnespie and academy graduate Matt McLean made up a back three.

The visitors, who top the Central second division, started much the brighter side and put the Bankies back line under pressure with former Yoker striker Gary Arbuckle leading the line.

Against the run of play, Bankies took the lead with quarter of an hour played. A cross field diagonal found Shelvey lurking at the back post – with striker turned goalkeeper Mark Tait unable to prevent him from notching his 12th goal of the season. 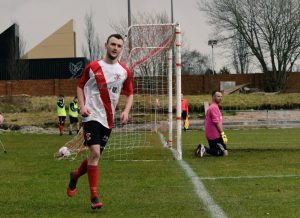 Jamie Leslie created the visitor’s most clear cut chance of the first half, forcing Morrison into a strong save down to his left hand side.

Midfielder Reece Pearson was withdrawn at the break, with captain Alan Vezza taking his place as Bankies reverted to a flat back four. And five minutes later the tactical change paid dividends when on-loan Alloa striker Cunningham played in Higgins, who coolly slotted home for his fifth game in four games.

Gartcairn continued to press for an equaliser but three goals in twelve minutes all but put paid to their efforts. On the hour mark, a clever reverse pass from Higgins found Shelvey, with Clydebank’s top scorer shooting across goal and finding the bottom corner to add number 13 of the season. 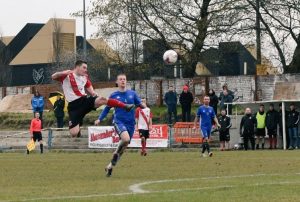 Winger Cammy McClair had his most influential game in Clydebank colours since joining in January and was the architect for Bankies’ fourth – releasing Cunningham through on goal – with the young striker lobbing the advancing stopper for his fourth in four appearances.

And McClair was to complete the rout nine minutes later. A penetrating run from deep saw Ryan Deas slip the ball through to Cunningham, but Gartcairn’s substitute goalkeeper could only parry the initial effort, with McClair on hand to tap home his first and Clydebank’s fifth of the game.

Bankies could’ve and should’ve added to their tally late on after a sweeping counter attack saw McClair hit the byline and cut the ball back for Higgins – who somehow scooped the ball off the crossbar as Bankies settled for a comfortable victory,