NICKY Little scored a hat-trick as Clydebank moved top of the league with a 5-0 win over Maryhill on Saturday.

Clydebank’s fifth consecutive win means Kieran McAnespie’s side could be promoted automatically if they secure all three points against Shettleston next Saturday.

Kieran McAnespie named an unchanged eleven from the side that beat Girvan, with the player/manager continuing at centre midfield as Alan Vezza returned to the bench.

After a fairly even opening period on a slick Holm Park surface, Bankies took the lead. A weaving run from Burbidge down the left saw him cross for Little, whose looping header was cleared off the line by Maryhill defender Gordon McClune as Bankie began to take control.

And it could have been two shortly afterwards, with Maryhill stopper Jack Baker alert to push Burbidge’s near post effort round the post.

Five minutes from the break, Little doubled his and Clydebank’s advantage. Making a surging back post run, McAnepie’s corner was by the head of Little, who nodded the ball back across Baker and into the back of the net.

And just three minutes later, Bankies grabbed their third of the afternoon. Maryhill defender McClune misjudged Jamie Lyden’s hopeful ball over the top, allowing Burbidge through on goal. The winger took a touch before coolly passing the ball past Baker to claim his ninth goal of the season. 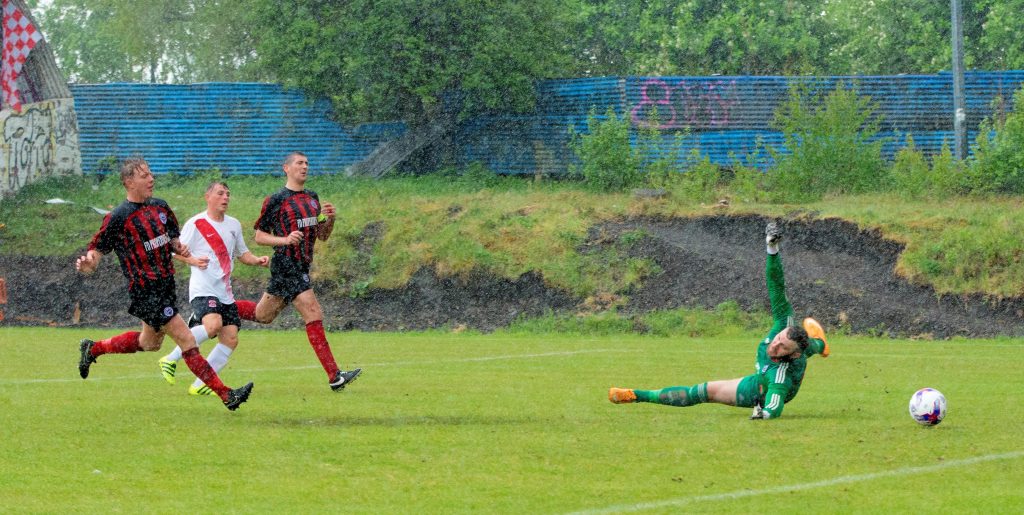 Five minutes after the restart, Little grabbed his first ever treble in Clydebank colours. Calum Gow’s clearance found Frizzell wide on the right, whose floated cross was once again met by the head of Little, who stooped well to nod in his third goal of the game.
Buoyed by the four goal cushion, Bankies went in search of a fifth. Little’s exquisite pass with the outside of his boot released substitute Peter McGill, but the winger’s snapshot flew wide.

And with seven minutes remaining, substitute McGill did complete the rout with a fine solo effort. Picking the ball up 30 yards from goal, the winger left three visiting defenders in his wake before steadying himself and placing the ball through the legs of Baker as he grabbed his first goal since December. 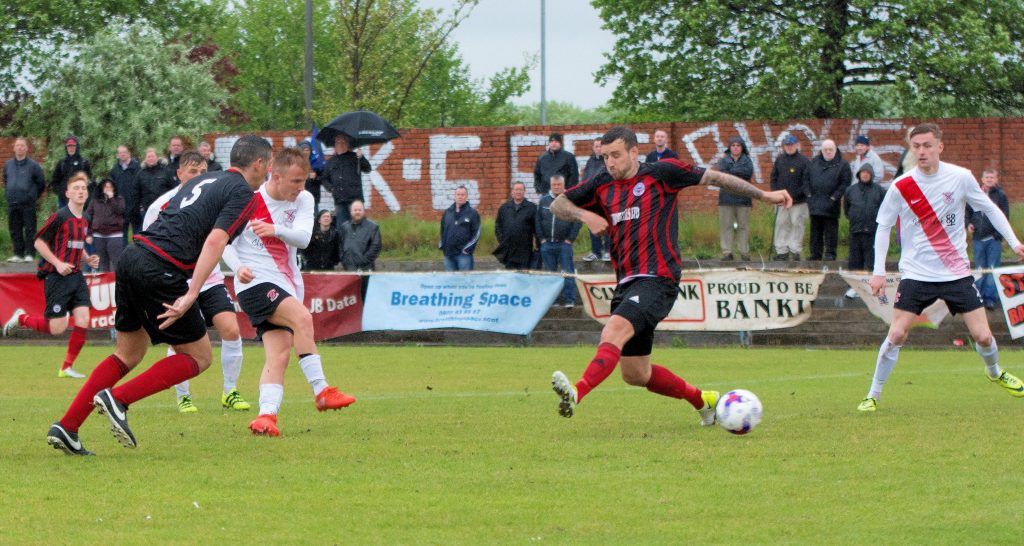 The win means Bankies automatic promotion will be guaranteed with a next Saturday, kick off at Holm Park is 2pm.