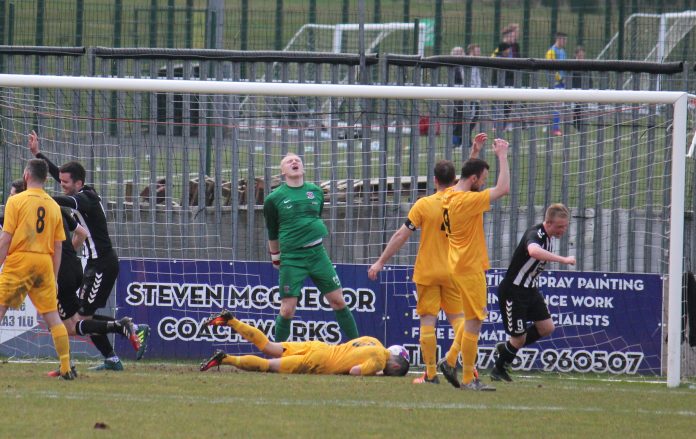 Clydebank boss Kieran McAnespie was sent to the standas his side fell 2-0 to Beith on Saturday.

First half goals from Mark McLaughlin and Paul Frize secured the win for the hosts as they denied Bankies a fifth successive win.

McAnespie made six changes to the side that beat Gartcairn, with a debut for goalkeeper Marc Waters – while Chris Dooley made his first start after being recalled from a loan spell.

Beith were dangerous on the break and caught the Bankies back line sleeping, with experienced forward Andy Reid narrowly pulling his shot wide of the target.

Playing as part of a two pronged attack, striker Steven Higgins twice went close with two powerful drives, but smart tops from Grindlay preventing him from adding to his tally of five goals in four games.

It was a fairly frantic start to proceedings at Bellsdale, and Beith took the lead on the half hour mark. Ross Forsyth failed to track the run of defender Mark McClaughlin, who stopped low to guide his header past Waters.

Six minutes before the break, McLaughlin should’ve grabbed his and Beith’s second when he rose unmarked from another corner, but his thundering header flew over Waters’ crossbar.

Less than three minutes later, Beith did double their advantage. A quick counter attack saw the hosts burst down the right, with the ball being cut back to Frize at the edge of the area. Debutant Waters initially made a smart double stop, but was beaten at the third attempt as Bankies trailed by two goals at the break. 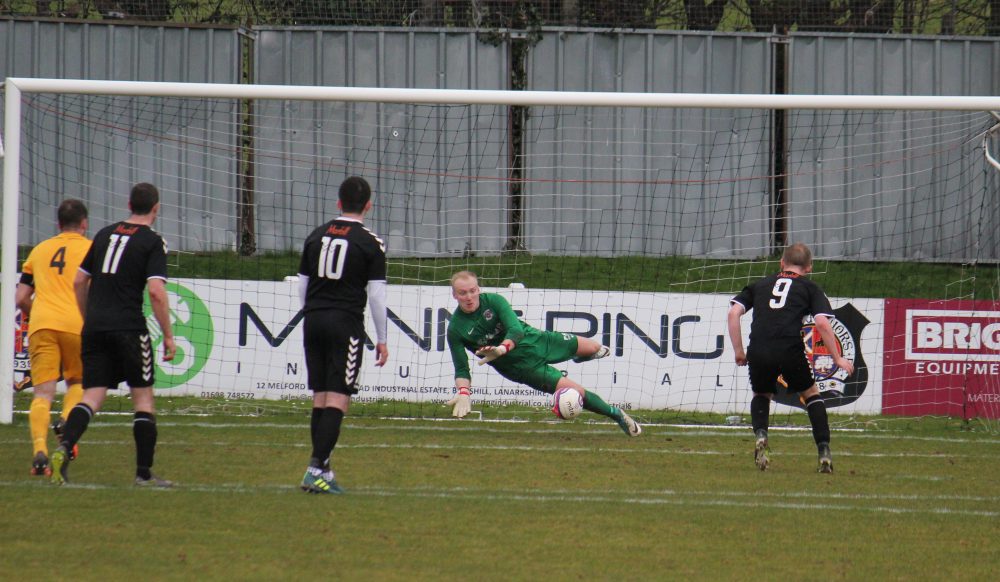 Beith had the opportunity to extend their lead to three when Cammy McClair was adjudged to have clipped McClean inside the box, with referee Ross Hardie pointing straight to the stop. Thomas Collins assumed responsibility, but Waters guessed correctly and palmed the ball to safety to cap a busy debut.

And midway through the second period Bankies tried in vain to sneak a way back into the game. Jordan Shelvey skipped down the left flank and crossed for substitute John Cunningham who made a clever back post run, but the on-loan Alloa striker’s effort skimmed the post on a frustrating afternoon for the visitors.

Bankies are back in action tonight (Wednesday) as they travel to bottom of the league Arthurlie. Kick off at Dunterlie Park is 6:30pm, before hosting Kilbrinie Ladeside on Saturday. Kick off at Holm Park 2pm.